Case Study – Unique Cause of Depression

I think DEPRESSION is a normal experience…if we didn’t feel down at times, how would we know what UP feels like. But when DEPRESSION plagues you for 20 YEARS…well that is beyond normal! That suggests something is WRONG…a body (or brain) NEED…that must be MET…to enjoy normal health and happiness.

This young lady would feel great for awhile and then go into overwhelming depression and crying spells. She had no reason for the lows…no grieving a loss, no disappointment, no conflict. Just debilitating DEPRESSION! (With a rather interesting ROOT CAUSE!)

She had tried the antidepressant route, and, in fact, It completely controlled her mood swings… she felt NOTHING! There is an observation of increased rates of suicide with antidepressant use…especially in children and young adults. I wonder if this is the experience…they feel nothing, so it feels like there is nothing to live for?? It’s an interesting consideration. She recognized that her “flatness” wasn’t healthy, so she stopped taking them.

So what does a natural doc do for depression?

This is a serious “medical” condition that only real doctors are prepared for! Well, the truth is that a plant called St. Johns Wort has been tested straight up against pharmaceutical antidepressants for years…and the results always show equal or even better control of depression symptoms!

Great, but I had a unique human being in front of me, so we asked how she was uniquely affected by depression. If I just gave St. Johns Wort to all my patients with Depression, that would be the medical model of treatment. Identify the category and name, and give the prescription that matches their category. But health doesn’t work that way…natures medicines don’t work that way…Our model is to diagnose the underlying ROOT CAUSE…the Organ or system that NEEDS nourishment.

That means we used muscle testing to identify weak or stressed organ systems and lab testing to assess the WHOLE SYSTEM. When I received the 3 pages of lab results, something jumped out at me that most doctors would consider a HEALTH BENEFIT. She had a cholesterol level under 140!

What does that have to do with depression?

Years ago, doing my own research, I discovered a link between low cholesterol and psychological disorders. For example, in one study, every person on death row in one particular prison had cholesterol under 140. I am well aware that that could be coincidence…but I found many other studies linking low cholesterol to homicide, suicide, violence and rage, depression, suicide, ADD, and memory loss.

I also attended a class in grad school that ALL doctors have…Human Physiology. We learned that your brain requires fat and cholesterol to function normally. And without fat and cholesterol, your greatest brain imbalance will be EXTREMELY AMPLIFIED! I hope you can acknowledge that we are all working toward balance, meaning we are all a bit out of balance. We trend toward depression, anxiety, anger, obsessive, compulsive, or impulsive. And with a lack of core nourishment of the brain, anger becomes homicide, depression becomes suicide, anxiety becomes phobia, and obsessive, compulsive, or impulsive becomes OCD and ADD. Our imbalances are AMPLIFIED!

Back to my patient…the second big finding that jumped out of the labs was hypoglycemia. Everyone knows this, right…low blood sugar amplifies irritability! In fact, that question is on our intake forms…how irritable or upset do you get when you miss a meal? That’s hypoglycemia (low blood sugar)… which also causes nausea, shakiness, anxiety, and brain fog.

So just like that we discovered a “double whammy” against feeling happy…all created from organ health…or the lack of. And all connected to one organ…the LIVER. The liver produces cholesterol which is used to make hormones, bile, and stabilize cell membranes. The liver converts fat into glucose during sleep or any extended fast, thereby preventing the blood sugar from dropping too low.

You need protein and veggies, and enough carbohydrate to account for your activity level. What does the LIVER NEED to do its’ JOB? We started with an amino acid called Carnitine, which provides the shuttle bus for fats to enter the cell and be “burned” for energy. We used a plant called Culvers Root. From a master herbalist… “A great remedy…establishes a positive mental state in individuals with chronic unhappiness and liver stress…increases tone (strength) of the gall bladder and bile production.”

Then we used two “detoxification” plants…Milk Thistle and Sarsaparilla…which is another “JOB” of the Liver, to bind and eliminate hormones and environmental toxins. These two plants seem to give the liver “more energy” or efficiency in performing this job.

In one interesting yet demented study, Wistar rats were poisoned using Carbon Tetrachoride, a pesticide that has been banned because it was found to cause severe liver damage. Half the poisoned rats were given Milk Thistle…resulting in significantly less liver damage! The Milk Thistle fed rats produced a much higher level of detoxifying enzymes which protected the liver from damage! As I said…increased “energy” or efficiency in doing its’ JOB…even under these extraordinary conditions (hopefully we don’t knowingly poison ourselves!).

Four weeks later, and after 20 years of struggle, her sleep improved to an 8 out of 10, with 10 being “incredible” (from 1-2), her energy improved to a 9 (from a 5), and her mood was stabilized at an 8-9 out of 10. We checked in for 8 more weeks, and she reported NO DEPRESSION or SADNESS…even during a super incredible and overwhelming week of STRESS!

I was so shocked at her change in demeanor in such a short time that I actually asked if she recognized how dramatic the change is. You know…you lose 70 pounds over a year and everyone is shocked to see you at the family reunion, but you didn’t see it because it was so gradual. She sees herself every single day, and the shift might have appeared more gradual. Nope, she agreed, it was a dramatic and fantastic transformation!

So WHY…why don’t all doctors look for organ and system malfunction…imbalanced chemistry…and use what we ALL learned in Human Physiology to nourish and balance? Why is what I do called “unscientific?”   Why is naming your disease and prescribing a pharmaceutical considered “science?”

I’ll let you come up with your own theories on that…and I…I will keep my eyes, ears, and brain…focused on RESULTS! 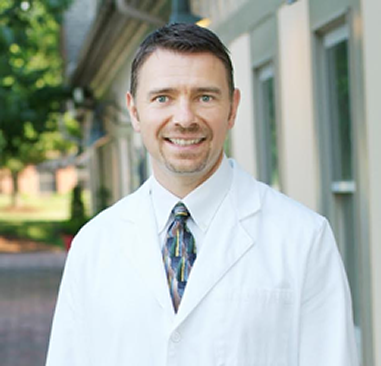 Dr. Todd Stone is a Natural Medicine Healer / Doctor. He has helped many people turn around their health, often from desperate situations. He is the author of the definitive Functional Medicine guidebook, “When Did Natural Become the Alternative.” This book has been called the best overview of Functional Medicine ever written for the consumer. True Health offers care for families and hope for the chronically walking wounded, who have found no solution or even adequate diagnosis.

“What is wrong with me!?” They told me that “there’s nothing wrong with you.” OR, "You have a medical condition and must take this pharmaceutical for the rest of your life!" Functional Medicine will give you a better answer, I Promise!!

Sign up below to get: THE FUNCTIONAL MEDICINE BLUEPRINT. Find YOUR Root Cause.