Pharmaceuticals are a Trillion Dollar per year Bizness!

Medicine and Pharmaceuticals are the third leading cause of death in the great USA, and the number one cause of the most destructive addictions, including Opioid Pain Medication, and Brain Suppressing Xanax and other sedatives.

Medical Treatment is based on Insurance Based Protocols for symptom suppressing drug distribution.  Your insurance will PAY for this help for addictions. 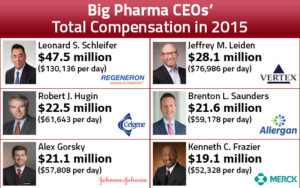 Disulfiram is an alcohol deterrent that inhibits the activity of acetaldehyde dehydrogenase resulting accumulation of acetaldehyde that produces nausea, tachycardia, and vomiting in the presence of alcohol (3)

Acamprosate (Campral) targets the craving feelings that arise in recently detoxified alcoholics.  Sites of action of acamprosate have been under considerable debate since its discovery, with the predominant theories centering around GABA, taurine, opioid and glutamate systems. (4)   They aren’t sure how it works, but they see clearly that it triples the rates of suicide attempts in large population studies when compared to a placebo.  (5)

JAMA researchers compared Naltrexone, Acamprosate, and cognitive behavioral Therapy, to a placebo.  “Acamprosate showed no significant effect on drinking vs placebo.” (6) . “Naltrexone significantly increased days abstinent, from 75 in the placebo group to 80 in the Naltrexone group.”  (7)

The group who only received Cognitive Therapy were only able to muster enough willpower for 66 days abstaining.  A harmless pill increased willpower almost 10 days, to 75 days abstinence, while a harmful pill increased willpower (or sickness) so much, that they were able to abstain an additional 5 days (80 days average) over a 6 month period.  (8)  Or maybe they just felt so crappy that they didn’t get out of bed?

Substantial concerns have been raised about the neuropsychiatric safety of the smoking cessation medications Chantix and Wellbutrin.

Pfizer and GlaxoSmithKline. (8.5) . I just copied and pasted.

Over 1 year, Placebo subjects were able to quit 8% of the time, while Wellbutrin increased willpower to 16%, and Chantix to 21% (9) . Chantix earns Pfizer almost a billion dollars per year. (10) . GlaxoSmithKline sold Welbutrin rights to Bioavail (a Canadian Pharmaceutical Company) for $500 Million in 2009 after generic brands were allowed in 2006. (11)

In 2013, GSK and Bioavail settled a lawsuit paying 11 million for interfering with the availability of less expensive, generic versions.  (12)

No treatment is offered, unless you overdose on Meth.  If you OD, then you are given a benzodiazapine (sedative) addiction.  (16)

FLUMAZENIL is used to block the effects of sedative drugs, but has a high risk of seizure and death.  (17) 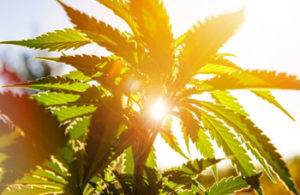 “Within minutes, smoking marijuana produces a dreamy state of consciousness in which ideas seem disconnected, unanticipated, and free-flowing. Time, color, and spatial perceptions may be altered. In general, intoxication consists of a feeling of euphoria and relaxation (a high). These effects last 4 to 6 h after inhalation.” (18)  “Psychologic dependence can develop with chronic use, but very little physical dependence is clinically apparent. Withdrawal is uncomfortable but requires only supportive treatment.”

Or a friend, to say, “You are escaping.  Use it to expand your mind and visualize your heart’s desire.”

We use CBD in our Addiction Formula.  (18.5)  Which is proven SAFE and significantly effective!

…Cause no physical or psychological addiction, and no withdrawal symptoms even after chronic use.  Treatment of a “bad trip” include a quiet calm environment and reassurance.  Straight from the Merck Pharmaceutical Manual aka Medical Playbook.  (19)

“Being Right” or “Looking Good” Addiction

Symptoms include making other perspective’s wrong and proving it with authoritative documentation, such as the Merck Manual, and doing things to gain other peoples approval.  Outwardly, you may notice feeling repulsive as people choose to avoid your destructive path.

CLICK HERE to start stopping GENTLY with the gentle healing of Mother Nature.  I share my Acupressure Addiction Protocol for FREE!

Five Elements: The Energy of Teaching
Scroll to top