“Borderline personality disorder is a mental illness marked by an ongoing pattern of varying moods, self-image, and behavior.”

“People with Borderline Personality disorder may experience intense episodes of anger, depression, and anxiety.  These episodes may last from a few hours to days.

People with borderline personality disorder also tend to view things in extremes. As a result, their opinions of other people can change quickly. An individual who is seen as a friend one day may appear as an enemy or traitor the next.

It is important that people with borderline personality disorder receive evidence-based, specialized treatment from an appropriately trained provider.”

The above is the description provided by the National Institute of Mental Health.  They recommend talking to a therapist you trust, but they don’t have an evidence based medicine to offer.  In my opinion, they recommend something that they do not have available as a method of treatment.

The use of Bupleurum for Liver disorders began over 2000 years ago.  Over 500 years ago a formulation was created for use in the treatment of agitation in children. They call it Yi-gan-san, commonly referred to as Bupleurum Formula.

After 12 weeks, they concluded there was a “highly significant improvement in anxiety, tension, depressive mood, hostility, suspiciousness, motor retardation, uncooperativeness, and excitement subscale.”

If I understand correctly, the excitement subscale measures mania or manic episodes.

Later in 2008, they tested their medicine with Tardive Diskinesia.  This is what they call the condition of facial twitching caused by antipsychotic medicine.  It helped again, significantly.

In 2009 they gathered schizophrenics to test their medicine, and in 2011, they tried it for hallucinations.

In 2012, a professor of psychiatric medicine reported that this plant formulation “is a well-tolerated and effective remedy. It improves the symptoms of schizophrenia, borderline personality disorder, hallucinations, and tardive dyskinesia.”  You can read the studies here.

Based on these studies, you can see that this plant mixtures is effective in a variety of different personality and mental issues.

Bupleurum is a key ingredient in True Masculine Strength.  True Stress Resilience is the Western version of the rest of the ingredients in the Traditional Chinese Medicine, Bupleurum formula.

If you purchased Bupleurum Formula from our online store, you would have evidence-based specialized treatment for Borderline Personality Disorder, the mental illness where you feel things too intensely.

Also, it works well for hallucinations, for when you see things that aren’t there.

And maybe, someday, we will find the value in our overly-sensitive.  Maybe we’ll celebrate them instead of giving them a medical condition.  In the meantime, Bupleurum Formula will provide:

Sounds weird to me, but it’s evidence based and scientifically validated for use with Borderline Personality Disorder. 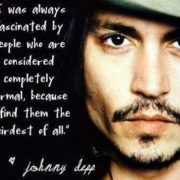 Parkinson’s is a Progressive Disease