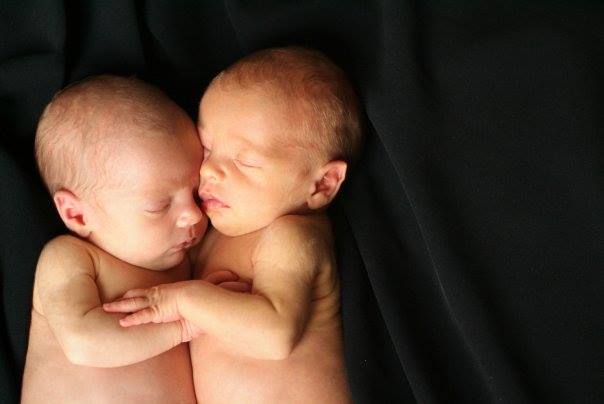 Natural Remedies for PCOS and Infertility

Did you know that using herbs for PCOS and Infertility nearly doubles the chances of a full term pregnancy and birth?

PCOS is the most common cause of infertility in the US, and is characterized by weight gain, irregular or lack of menstruation, and signs of elevated Testosterone, such as acne, facial hair, and hair loss. (1)  In PCOS and infertility, testosterone levels are elevated, combined with Metabolic Syndrome and insulin resistance.

Herbs for PCOS and Infertility?

Doctors in Australia searched the medical research database for Randomized Controlled Trials or RCTs, measuring the effectiveness of different treatments for female infertility with and without PCOS.  RCTs are a type of scientific experiment which aims to remove bias when testing a treatment.

In forty RCTs involving 4247 women with infertility caused by PCOS, endometriosis, and other causes, pregnancy success rates in the Traditional Herbal Medicine group were 60% compared with 33% in the Western Medicine group. (2)

Based on the review of 40 randomized clinical trials, you will nearly double your probability of a successful pregnancy and birth, if you opt for Nature over Pharmaceuticals.

Traditional Eastern Medicine doctors have the experience of 3000 years of historical documentation to aid in their expertise of prescribing plant medicines.  And now we have science: 40 clinical trials, randomized to eliminate clinician bias, and placebo controlled to eliminate the possibility of spontaneous resolution, seems to offer a scientific basis.

I’ve written up one PCOS and Infertility Case Study so you can get an idea how we work through regulating hormones using herbs for PCOS and infertility.

Herbal Medicine for the management of polycystic ovary syndrome (PCOS).

Six herbs were identified as helpful and scientifically proven to help with PCOS – Chaste Berry (aka Vitex), Tribulus, Black Cohosh, Cinnamon, White Peony, and Licorice Root.  Here’s some of the study findings.

Licorice Root was compared to a placebo for its effectiveness in reducing testosterone.  In two months, Licorice Root lowered testosterone levels from 27 to 17.  Women begin to see the first signs of a beard coming in at 22.  (4)

White Peony and Cinnamon decreased LH levels by 49.7% in a period of 8 weeks. This is a significant lab finding in infertility treatment, making these plants effective natural treatments for infertility.  (5) 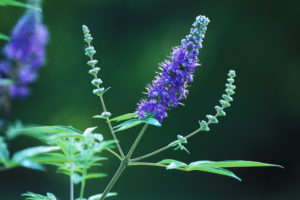 Elevated Prolactin is found in approximately 30% of patients with PCOS. A plant called Vitex had been studied in comparison to Bromocriptine for high Prolactin.

Both were highly successful at achieving the desired outcome, but Vitex has no side effects, making it one of the best natural remedies for PCOS and Infertility. 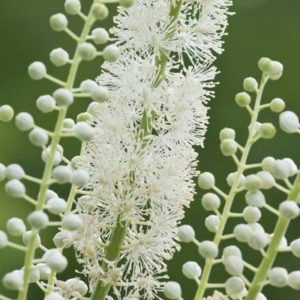 Black Cohosh more than doubled the incidence of pregnancy, from 20% to 43%.   The Black Cohosh group had nearly two times more pregnancies over 3 months compared to Clomid, a drug used to stimulate ovulation.  (7)

Metformin is a drug for treatment of  PCOS as well as diabetes, because it lowers insulin and improves blood sugar.  Cinnamon was compared side by side, and lowered insulin and testosterone levels just as much as Metformin.  However, Cinnamon had no adverse effects.  (9)

You can read it all yourself if you can understand doctor language.  When you see for yourself, come back and order True PCOS Relief, which is these 6 herbs in a tincture form!

Natural Remedies for PCOS and Infertility

PCOS is considered incurable, but they do their best to manage symptoms.  Although the cause is unknown, lab results consistently reveal high Luteinizing hormone (LH), Estrogen, Testosterone and Insulin.

Medical treatment for PCOS includes birth control pills to regulate the cycle, although it renders you infertile.

They use Clomid for infertility, Metformin for elevated Insulin and Metabolic Syndrome, and Bromocriptine for infertility with high Prolactin (easy to tell, because you produce milk but can’t get pregnant).

Clomid has a side effect called ovarian hyperstimulation syndrome. “Symptoms of OHSS include swelling of the hands or legs, abdominal pain and swelling, shortness of breath, weight gain, and nausea or vomiting. OHSS can be fatal.” (RxList)

Metformin “has a high incidence of adverse effects.”  (Quote from the study)

Bromocriptine is a drug used for Parkinson’s disease.  It has 50 known side effects listed, including seizures and heart attack.  (RxList)

Plus, for all the risk taken, the results were mediocre.

The authors of the study explained that the reason for their research was: