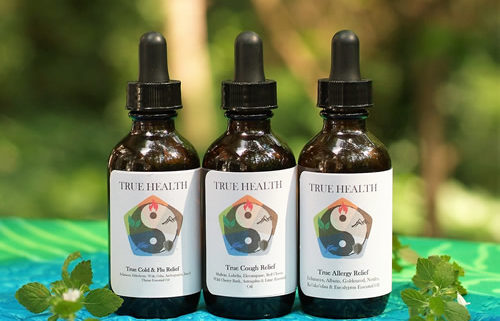 Research proven to be the best Cold and Flu relief available.

True Cold and Flu Relief.  Doctors know it is true.  I found this research on webMD.

The patients taking Elderberry were healed in 2 days.

The way researchers calculate statistics is “the difference compared to a placebo.”  Tamiflu improved the outcome of nothing by one day, elderberry improved by four days.

That means Elderberry is 400% better than Tamiflu at relieving flu symptoms.

Does that bother you that doctors have published these results, and still give you Tamiflu?  I have heard Tamiflu is nearly $100 per pill.  It was created by studying how Elderberry works so well, and then trying to recreate its effects in a pharmaceutical.

If you look carefully, you will find that Mother Nature beats pharmaceuticals every single time.  Sometimes hands down, like Elderberry.  Sometimes the effectiveness of nature is slightly less, but the vast safety improvement still wins.  Unless you would knowingly risk serious side effects for a few percentage points.

And that is just the first ingredient in True Cold & Flu Relief.

Osha is the second ingredient. Early English settlers called it “Cough Root”.  It was offered to the white man by Native Americans.  The white man named it for its obvious virtues.

I had a patient with very weak lungs.  She would get bronchitis twice a year for 10 years ongoing.  When she got bronchitis as a patient of True Health, I prescribed True Immune, our first version of this product.

She called to say she was on her way to the ER, because she didn’t sleep a wink, coughing and hacking all night long.  I suggested she add Osha, and give it one more day.  After just two doses, she could feel the difference.  She was able to sleep, and her cough gone by the end of the next day.

The significance of that is that she would have to wait five days for complete relief when she used antibiotics, and she had plenty of experience after ten years of this.

Waltheria is a tropical plant that is ideal for all infections.  It provides the strength to overcome the infections that I got every year after allergy season.  Strep throat.  My solution back when I was a kid was a shot of penicillin in the butt.  Now, with True Allergy Relief, I don’t have an allergy season, and I haven’t had strep throat in a long time.

It appears that every time you get sick and nourish with Mother Nature’s Relief, you’re immune system gets stronger.  I find that very significant. That is because I read a study years ago that said, “the use of antibiotics to get over a cold or flu causes increase of the risk of another infection“.

Waltheria has side benefits, like all plants.  In this study, the researchers used a chemical to induce seizures in animal models.  Half were given Waltheria before injection.  Waltheria decreased seizure intensity, injury to the brain, and survival rates.  It also increased GABA production, which is the brain chemical that feels calm and relaxed.

Andrographis is native to India, and cultivated all over eastern Asia for it’s vast benefit as a medicine for cold and flu.  I put it in this blend for extra sinus infection strength.  And yes, there is a double blind, placebo controlled clinical trial demonstrating its value for colds and sinusitis.

I also include the mineral Zinc, because it has 7 clinical trials proving it speeds healing by an average of 33%.

Research shows that antibiotics weaken your immune system with every use.  They are responsible for antibiotic resistant bacteria and superinfections. These are opportunistic fungal, parasitic, or yeast infections that you are susceptible to after taking antibiotics.

You can get True Cold and Flu in our online store, and shop around.  I can certainly vouch for True Allergy Relief, and True GI Cleanse seemingly has cured Crohn’s disease.  My patient is completely fine and healthy now, but we haven’t retested by colonoscopy to confirm a normal intestine.  That is why the “seemingly,” but every symptom is relieved!  You can read his story here!