Can Worry be Deadly?

Depends where you turn for healing I guess.  If you turn to Modern Medicine, it appears so.  True Calm is proven safe and effective, natural Anxiety relief.

Generalized anxiety disorder consists of excessive nervousness and worry about a number of activities or events. People have anxiety more days than not for 6 months or longer. (1)

This past winter, Sarah Fader, a 37-year-old social media consultant in Brooklyn who has generalized anxiety disorder, texted a friend in Oregon about an impending visit, and when a quick response failed to materialize, she posted on Twitter to her 16,000-plus followers. “I don’t hear from my friend for a day — my thought, they don’t want to be my friend anymore,” she wrote, appending the hashtag #ThisIsWhatAnxietyFeelsLike. 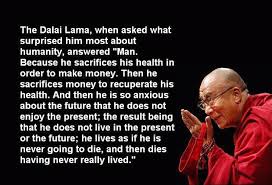 Thousands of people were soon offering up their own examples under the hashtag; some were retweeted more than 1,000 times. You might say Ms. Fader struck a nerve. “If you’re a human being living in 2017 and you’re not anxious,” she said on the telephone, “there’s something wrong with you.”

The number one medicine for anxiety is Xanax.  The New York Times described our culture as the “United States of Xanax.” (2).  Australia is very concerned about Pfizer Pharmaceuticals’ solution.

Panic attacks had just been defined as a diagnosis in 1981 when Xanax was introduced as a prescription for anxiety and panic attacks. Valium was not yet approved for panic disorders, so Xanax was the drug of choice.  Xanax sold like hotcakes and became part of the popular lexicon. Panic attacks were popularized too; an affliction once thought to be rare became something nervous mothers joked about.

Patients describe the feeling of Xanax as “drunk” and “sedated without a care in the world.”  Like alcohol, but 10 times more addictive, which means you’d have more control if you just became a drunk.  And it would be easier to quit.

Almost three decades later, America is still a Xanax nation. It remains the most popular psychiatric drug, topping more recently introduced medicines like the sleeping pill Ambien (No. 2) and the antidepressant Lexapro (No. 3). Doctors write nearly 50 million prescriptions for Xanax every year–that’s more than one Xanax prescription every second. Pfizer pharmaceuticals patent echoes through our culture, and through the bodies of psychiatric patients as hopeless addiction.  (Youtube “Xanax addiction”)

Valium (still No. 13 among psychiatric drugs, with 14 million prescriptions) put drug maker Roche on the U.S. map and introduced the idea that a brain drug could be a bestseller. The Rolling Stones would never have ridiculed a painkiller, but they went after Valium with gusto in “Mother’s Little Helper.” “Though she’s not really ill,” Mick Jagger sneered, “there’s a little yellow pill.” (3)

Use of these drugs has become too casual in modern society, said review author Dr. Anna Lembke. She’s an associate professor of psychiatry and behavioral sciences with the Stanford University School of Medicine.

“These are highly addictive and potentially lethal drugs, and many people don’t know that,” Lembke said. “Sadly, most physicians are also unaware of this and blithely prescribe them without educating their patients about the risk of addiction.”

“Benzodiazepine withdrawal is potentially life-threatening,” she said. “If you’ve been on them for a long time, it’s important to work with a medical professional to taper off in a safe way.”

If only there were something safe and effective for Anxiety Disorders.  Natural Law suggests that you let go of trying to gain approval, and start following heart desire.

And take the plants in True Calm.  Thankfully, I used alcohol instead of Xanax!  Take True Addiction Relief if you are addicted to either!

Ashwagandha is a plant medicine that not only eases anxiety, it heals thyroid problems.  Doctors in India took a group of people with thyroid conditions, and gave half Ashwagandha and half a placebo in a double-blind clinical trial.  The people taking Ashwagandha for 8 weeks had thyroid lab improvements significantly better than placebo.

Double blind means that neither the patient nor the doctor know which group a patient is in until they retest the labs or some way of measuring effectiveness, and open the envelopes to see.  Placebo controlled means that half are given a fake pill that looks just like the real thing.  People experience healing just from the suggestion of caring, so the placebo group tends to improve a bit.

Significantly better than placebo, is doctor language for “it really worked.”

The women in the last study experienced significant improvement in arousal, lubrication, orgasm, and satisfaction compared to a placebo.  Men, you shouldn’t have to hear any more!

Click here to buy your lady a bottle of True Calm!

True Calm also contains Lemon Balm and Passion Flower.  They were studied in combination with Valerian Root for their effectiveness on “the anxiety stress response to acute psychosocial stress in healthy men.”

After just 4 days of supplementation, the plant medicine group reported significantly less anxiety when exposed to acute psychosocial stress when compared to a placebo. (5)

They didn’t say in the summary how they exposed them to stress, but if I had to guess, it would be talking to a woman.  LOL.  I might know a thing or two about anxiety.  I think mine 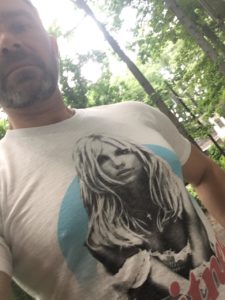 is because I am “too sensitive,” so I take Bupleurum Formula with True Calm.  I’d have to say, for the first time in my life I am not the least bit anxious.

Skullcap has a 3000 year tradition of use for stress and anxiety.

Researchers gave Skullcap to a healthy population and discovered that it makes people happier, significantly more than a placebo.  I couldn’t find a study on anxiety, but who wouldn’t eat a plant that makes healthy a whole group of people happier!? (6)

If you need safe, effective and non addictive medicine for Anxiety disorders, or for feeling nervous or overwhelmed, try True Calm.  I’ve done my research, and statistically it works well enough that I can guarantee your results.

Nothing works for everyone!  If it doesn’t work for you, let me know and I’ll refund your purchase.

True Sleep has Valerian and Passion Flower, partnered with Poppy and Kava for a stronger sedative effect.  All of the plants are scientifically proven to be safe and effective for sleep.

I wonder why American doctors try to tell us there’s no scientific basis for Mother Nature’s medicine.  Could it be because Lexapro earns them 2.4 Billion dollars per year.  Lexapro is an antidepressant but approved for Anxiety disorder.

That means Xanax makes more than 2.4 Billion dollars a year!!

Lexapro comes with a suicide warning, and frequently causes muscle rigidity, fever, heart palpitations, tremors, passing out, nausea, vomiting, loss of coordination, headaches, memory problems, hallucinations, weakness, confusion, and may suppress your brain so much you stop breathing and die in your sleep.

Go look for yourself.  It looks like this.  Lexapro (generic name)…WARNING (8)

Nature offers snakes and lightning, but Her Medicine has an incredible safety record!

I’ve looked for myself and only found one recorded death from taking a plant medicine.  A man with hepatitis took the wrong medicine for his condition and died.  If he would have taken this medicine, he would have had a good chance of healing.

And, lets stop listening to people who are willing to
risk hurting our people in the name of profit.