Do You Need Pain Relief?

True Wound Mend helped heal a dislocated elbow in less than 24 hours, and is research proven to resolve chronic and acute pain!

I was walking our dog with our three youngest, and the boys were being boys.  Gates threw Westy on the ground play wrestling, and his scream suggested an injury far worse than a bruised body or ego.  I ran to him and braced his dislocated elbow, putting a tiny pressure on the deformity in the direction of normal.  I felt it slip back in and his scream decreased to a wail.

We walked back to the road with my hands “casting” his wound and called momma.  Momma raced the “ambulance” to pick us up and raced back to True Health.  We applied True Wound Heal, one ingredient at a time to his wounded elbow.  We used acupressure to increase the relief.  It took awhile, but we got enough relief that he was able to fall asleep.  I worried that he would move in his sleep and wake up screaming again, but he slept through.  In the morning, he came out bracing his arm to his side, but calm.  We applied more, and by lunch time, he was showing mom he was ok, by doing push ups on our bed!

And yes, it is research proven, to help chronic and acute pain, with some nice side benefits.

Comfrey: In Germany, doctors put Comfrey to the test, and concluded, “The results were clear-cut and consistent. Comfrey root showed a remarkably potent, fast-acting, and clinically relevant effect in reducing acute back pain.”  Phytother Res. 2013 Jun; 27(6).   Researchers in the Czech Republic concluded, “Every patient that received Comfrey had good to excellent results in the treatment of muscle pain.   Study results confirm the known anti-inflammatory and analgesic effects of topical Comfrey root for back pain.”  Adv Ther. 2005 Nov-Dec;22(6):681-92.

Arnica: In Italy, doctors used Arnica to heal the wounds they caused by total mastectomy.  Arnica offered significant reduction in swelling and bleeding in the recovery from their “care.” J Intercult Ethnopharmacol. 2017 Jan-Mar; 6(1): 1–8.  Researchers in the Czech Republic reported that Arnica more than doubled the relief of a sprained ankle compared to placebo,  and when White Willow was used with Arnica, relief was nearly 100% by day 10, while the placebo patients still had significant pain.  Pain Res Treat. 2011; 2011: 365625

Wild Indigo: I’m not sure why, but this plant has almost no recognition in research.  I’ve seen it work, though.  I had a patient who I couldn’t resolve a chronic infection and the pain it was causing.  When we added Wild Indigo, her pain was resolved in a matter of days.  People who know nature’s medicine call Wild Indigo nature’s Neosporin,  so I put a little bit in True Wound Mend in case you are dealing with an open wound.  I think Wild Indigo has been here longer than Neosporin, so I’d say it this way, “Neosporin is big pharma’s version of Wild Indigo.”

I was taught that over half of the pharmaceuticals today are based on the actions of plant medicines.

Frankincense: Doctors in India were concerned about the side effects of NSAIDs.  Aspirin alone causes 16,000 deaths per year in the US.  They used a medical device designed for hurting lab animals to study pain and inflammation in humans. They stopped at the threshold of pain tolerance.  AKA, when they said “Uncle.”  Frankincense increased pain threshold significantly just two hours after a single dose.  Indian J Pharmacol. 2014 Sep-Oct; 46(5): 475–479.  Also in India, researchers concluded that Frankincense along with Ginger and Turmeric, significantly decreased the pain of knee joint arthritis.  J Clin Rheumatol. 2004 Oct;10(5):236-45.

True Pain Relief offers those 3 together along with White Willow, for internal use, and one dropper full resolved a headache I had after a day in bed with the flu.  I grabbed Advil first because it was “that bad,” but our bottle was expired by nearly two years!  So I gave nature a try, and it worked on pain that even I doubted it could relieve.

I don’t care about scientific proof, I have seen the effects with my own eyes.  But I did a literature review, to scientifically validate these plants so you could feel more at ease trying Nature for your healing needs!

Her partner forgot his version of allergy relief, while on vacation (3 pharmaceutical medicines).  In his desperation, he tried her “unscientific” medicine, and he is now choses Nature over 3 allergy medications, and appreciates the cost savings too!  Feeling is believing!  And clearly, science agrees. 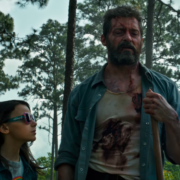 What's the Best Pain Medication for Inflammation and Arthritis
0 replies

Greater Comfort and Ease Through Menopause.

Safe and Natural Remedies for Insomnia
Scroll to top