This was the second worst case of food allergies I have treated!

(I’ll link the worst case at the end)

Shirley had food allergies to everything except “about five foods.” Meat, egg, cucumber, squash, and green beans.   Anything else and she would feel a painful tightness around her neck, her hair would come out in clumps, she would get adrenaline rushes in her stomach, and she wouldn’t sleep for 4 days.

Almonds would nearly cause a panic attack.  She rated her urge, desire, or craving for carbs of any type as 10 out of 10, but the pain “junk food” caused was far worse than fighting the urge.

Listen to what her average day felt like graded from zero to ten.  Back and Neck Pain 7.  Depression 10.  Anxiety 9.  Energy 1.  Quality of Sleep 2.  “How much has your health disrupted your ability to work, serve your loved ones, connect with people, have fun, and be happy: 10 out of 10!  Oh, and being a woman, her period, was unbearable.  She couldn’t get out of bed.

For ten years, every doctor she asked for help said, “Everything checks out fine, just keep watching those food allergies.”

She started researching herself and found an alternative medicine concept called Candida.  Alternative doctors believe it is a systemic yeast infection caused by the overuse of antibiotics and sugar.  In her 20s, she was treated with antibiotics for a full year straight for a sinus infection.  In her 30s her hair started falling out which she eventually connected to the food allergies.  And here we are, in her 40s, and she can eat fewer than TEN foods that Mother Earth provides for our nourishment.

She is barely hanging on, and her doctor dismisses her as “fine.”  With no answers for her suffering, Shirley asks if this “Candida thing” could be a possibility?  She described his response as demeaning, almost mocking of the possibility that doctors might have caused her suffering.

Doctor’s in Madrid, Spain wanted to know the truth, so they calculated the incidence of superinfections for various antibiotics.  Superinfection is the term doctors use to refer to an infection with an antibiotic resistant microorganism following a course of antibiotics.  Nearly every other person prescribed ciprofloxacin contracted a superinfection, and the most common organism was Candida.

This study was published five years before she asked her doctor if Candida was a possibility, and he laughed her out of his clinic.  Hmmm…a person who doesn’t have the answer, yet will not look outside of what he knows, is an imbecile and a danger to our people.

Perfect, we already found the root cause of her irritability, and all I had to do was listen to her to resolve that part of her pain.

If I could find the root cause for her hair loss, exhaustion, and other symptoms, I could heal this whole woman, including her anger and distrust towards doctors.  Well, at least toward the ones with open minds.

True Health Clinic tests through problems a bit different than conventional medicine.  Instead of ruling in or out hypothyroidism, or whatever condition, we scan the whole system for stress, and support any weaknesses with nourishment.

Our scan revealed that she had a parasitic infection.  Threadworm.  Insurance guidelines consider testing for parasites only with a case history of diarrhea.  Medical education teaches that roundworms are known for their characteristic skin rash.

Healing Traditions teaches that when you see this rash, give your children oregano, cloves, and garlic.

Medical education teaches that if you don’t find this parasite, it will live in you your whole life.

They teach that a pharmaceutical is better than our healing traditions, but it is imperative the right medication is taken.  If it is missed, you become a home for a parasitic worm that  slowly depletes your body’s energy and strength.

Insurance guidelines state that Candida has been proven not to cause chronic fatigue, so we won’t cover that either.  – MerckManual   Doctors are scared to run tests that aren’t considered within the guidelines, because if a doctor shows up on Insurance’s statistical report as a red flag, they can cut you out.  I know that pain all too well!

I was forced to resign from BCBS because I spent too much time with my patients, which was reflected statistically as my average charge per visit.  I pointed out that my average cost per patient or case was notably lower.  Perhaps I spent more time per visit, but I had far fewer visits!  Wasn’t I saving them money!

That didn’t matter one bit.  He brought me right back to the number that didn’t fit in their guidelines, and threatened an investigation of my clinic.  He actually told me that there are no doctors that take clinic notes well enough to pass insurance guidelines, and the average fine per investigation was $50,000.   I was given 3 months to let my patients know that I would no longer be covered by insurance.

I’m not complaining!  Yeah, unfair, but without their push, I may not have found my happiness, which I call Care Without Expectation.  I just want you to understand why it is so hard to get Doctors to keep looking, and not dismiss you as fine, when you are NOT fine!

Shirley’s testing also indicated that she had Candida.

Yeast and parasites inflamed her intestines, causing poor digestion and leaky gut, which further caused adrenal exhaustion and immune hyper-sensitivity.  She came to True Health to Get The Right Diagnosis, and that was what I found.  Lol…that doesn’t sound “fine” at all!

It took a few visits to get all her results back.  The ongoing intensity of her symptoms sounded like this when she gave her updates, “I’m not sleeping at all, I feel sick, but lay in bed too wired to sleep.  I stand up and feel very dizzy and my hair is coming out in bunches.  I’m having lots of hot flashes, I’m not digesting my food, and I have no motivation.”

The next visit we had all the results back.  We confirmed the parasite and prescribed the solution, a plant called Morinda.  You might even remember a few years back, Noni, which is Morinda’s common name, made a little buzz as a crappy tasting juice that “cured everything.”

Morinda may not be a cure all, but it works very well with parasites, so if you have them, it feels like a miracle.  A couple more visits and we hear the first positive report. “better energy,” and then “sleeping well,” and then “gut rushes and collar around my neck is gone.”

We added a powerful mushroom called Cordyceps for adrenal fatigue, and Immunoglobulins for leaky gut.  The Merck Manual says that “there are many abnormal immune findings with chronic fatigue, including low Immunogobulins,” but they can’t make any sense of it.  Lol…who put them in charge, again?

After a few months on these medicines, a couple plants and a dairy protein, her hair stopped falling out!   I call that a healing trend.

Shirleys trend was pretty bumpy compared to average because of her extreme food allergies.  As she felt better, she stretched her dietary limits, which needed stretching, and paid a price most of the time.  A healing trend meant the price was getting lower though!

We added Lemon Balm to help calm the reactions.

Shirley had been a patient of  True Health for around a year when she reported that her periods no longer put her in bed.  Not perfect, but not unbearable!  A good trend!!

A couple months later, she decided she was tough enough to go out for a few beers.  That cost her a few nights sleep, so not quite yet.  She brought a beer with her to the next visit, asking if we could “calm that reaction too?”  We did our best, adding Ginseng root for the strength it offers, and I believe she was able to go out for a few beers at least once without a reaction.

That was six years ago!  Shirley is still very sensitive, and when she pushes her limits, the reactions are still more intense than average, by a long ways!  But, more like a “normal person” now, the foods that hurt her are mostly indulgences, and we all have to watch those!

Shirley was one of my last few insurance patients.  God, I hated insurance.

As God helped me move further and further away from insurance, I saw less and less of Shirley.  My most recent insurance termination was for helping a woman who was ready to give in to death.  We found the right diagnosis, and she returned to life to feel best ever at age 69, and I was terminated for “treating a medical condition.”  Lol…I couldn’t make this crap up, because I would never have imagined...!!!

All good.  With no insurance reimbursement, I created The Metabolic Tune-Up which is virtual, so I can resolve medical conditions all over the country!! 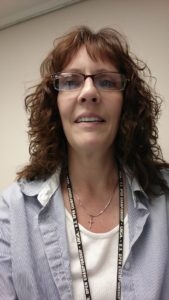 “I share my story for hope, and the strength to fight for healing. This was a long, hard struggle, and only Dr. Stone had the resources to figure out what was at the root of my suffering.  Thanks, Dr. Stone!”

Ok, I promised the worst case.  This little girl was down to 2 or 3 foods.  I couldn’t make it up, because I would never have imagined! 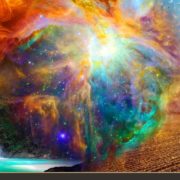 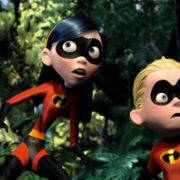 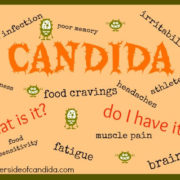